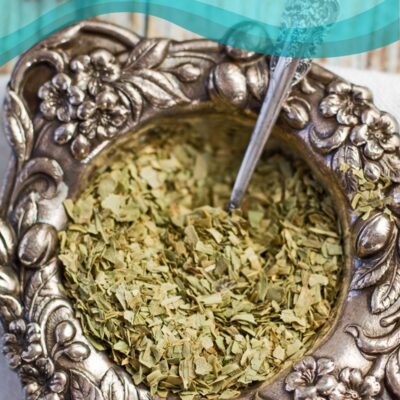 All of my best Tarragon Substitute options for fresh and dried alternatives including when and how to use them! Love all the herb flavors of tarragon but don't like that licorice taste? I've got your best choices for suitable replacements that will maintain that amazing herb flavor!

I've included many options below for alternatives to both fresh and dried tarragon for all of your recipe needs! Use tarragon when it's fresh in the spring with light proteins like rabbit, chicken, and fish. This versatile herb is also fantastic in both broth and cream-based soups and stews!

If you love fresh herbs but aren't a fan of the tangy hint of licorice in tarragon, swap the tarragon out for herbs like basil, marjoram, and dill.

Tarragon is a perennial herb that grows in the wild throughout North America and most of Europe and Asia. The herb is from the same family as sunflowers but grows grass-like with slender, flat, and delicate leaves.

While tarragon might be new to you it is used widely throughout Europe. Additionally, tarragon is called 'the King of Herbs' by the French and is the hallmark flavor of Béarnaise sauce.

The subtle flavors of this popular herb make it perfect for seasoning many dishes! Fresh tarragon has a hint of licorice to it that makes herbs like anise, fennel, angelica, and chervil so tasty.

When fresh tarragon is not available, your best bet is to look for dried tarragon instead. The dried version of tarragon is readily available and very easy to find in most stores!

Although dried tarragon will work as a substitute, you should know that fresh tarragon's taste greatly differs from that of dried tarragon.

Dried tarragon can leave a bitter flavor when used in large amounts! To avoid this when using dried herbs, try one of my other tarragon substitutes below.

Best Used: in small amounts wherever tarragon is called for in a recipe. Dried tarragon is also exceptionally flavorful when used with other herbs.

With a flavor profile similar to dill and fennel ( both are also great tarragon substitutes depending on the recipe ), angelica is a bit more earthy and sweet. The only downside is that this herb can be a little bit difficult to find!

However, if you have some angelica on hand it is a great alternative to tarragon. *Be sure to use the leaf and stalk or stem which is sold as an herb NOT the root that is commonly used as a spice!

Some find the flavor to be a hybrid between celery and licorice. The licorice flavor is significantly subdued with just a hint of it in the background.

You can use angelica as a substitute for tarragon in a 1:1 ratio without any real change to your recipes' flavor.

Best Used: in everything from soups and stews to lighter and brighter dishes like seafood and salads.

Basil is a much more accessible alternative to tarragon and one that you shouldn't have any trouble finding at your local grocery store ( fresh or dried ). Here, the flavor profile is almost identical to tarragon, though it doesn't have quite the same licorice 'bite'.

Fresh basil works wonderfully in place of fresh tarragon, though dried basil is a little bit weaker and requires a bit more when replacing dried tarragon. The beautiful thing about basil is how well it stands up against more robust flavors.

Use 2 tablespoons of fresh basil for each 1 tablespoon of fresh tarragon in a 2:1 ratio. For dried tarragon, same as for fresh, use twice as much basil for your substitution.

About as close to a full-on replacement and alternative for tarragon as you are going to find, chervil has a nearly identical flavor profile to tarragon – and maybe one that is even more upfront and pronounced!

Professional chefs regularly describe chervil as a hybrid between tarragon, parsley, and chives, a chameleon component that can act as a stand-in or replacement for any of those options.

You'll want to use a 1:1 ratio when replacing tarragon for chervil in your recipes, regardless of whether you are using dried or fresh herbs.

Because chervil is a bit more mild-flavored than tarragon, you should taste and adjust as you are cooking.

Best Used: in dressings, sauces, and on poultry.

The only difference between dill and tarragon is a lack of distinct licorice flavors and aromas, which may or may not be an issue depending on how you hope to use this herb in your recipes.

If you don't have tarragon on hand and are looking for an exact replacement, you'll probably be disappointed with the lack of licorice components with dill. If, on the other hand, you're looking to replace tarragon to get rid of its licorice flavors ( maintaining the rest of its flavor profile in the dish), dill is an excellent choice.

Use a 1:1 ratio of fresh or dried dill to replace tarragon for best results.

While fennel leaves ( also called fronds ) look a lot like celery, the flavors they produce are much closer to tarragon – in large part because of the pronounced licorice taste.

Fennel seeds have significantly more of that licorice flavor, which means you can do a bit of mixing and matching of fennel leaves and seeds to get the exact amount of licorice flavor that you desire.

If you're going to be using dry herbs, though, you'll want to replace one tablespoon of tarragon with an eighth of a tablespoon of dried fennel seeds.

Best Used: be sure to use this more delicate herb in lighter dishes, soups, sauces, vinaigrette's - especially those that are citrus-based.

One of my favorite flavors is the distinctive taste of anise! The strong flavor of anise is kind of a cross between fennel and tarragon.

This makes it a perfect tarragon substitute in recipes where you want that bold licorice taste. The slightly sweeter, spicy flavor means that you can use aniseed as an alternative for both fresh and dried tarragon.

For each 1 tablespoon of fresh tarragon or 1 teaspoon of dried tarragon, start with 1 pinch ( roughly 1/16th of a teaspoon ) of anise. Taste and adjust from there.

Part of the oregano family, marjoram isn't going to have much of the licorice aroma or flavor you're looking for in tarragon - but that doesn't mean it's a bad replacement. This herb is still very earthy, very warm, and very woodsy – all of which contributes nicely to dishes that call for tarragon.

Go for a 1:1 replacement ratio when swapping marjoram for tarragon.

Oregano is one of the most versatile herbs there are, and it works very well as a tarragon alternative. The significant difference here is that oregano has a slightly more bitter flavor profile that can be a bit sharp when it is dry. However, you can combat that by using fresh oregano whenever possible.

There's also a bit of spice and pepper with oregano you don't traditionally have with tarragon. A lot of that can be masked with other ingredients in your dish.

Oregano should be used as a direct 1:1 replacement, whether fresh or dried. Use just as much oregano as you would tarragon.

Rosemary is an excellent choice for tarragon substitution, especially in recipes that call for dried tarragon.

A combination of parsley and cinnamon ( always use fresh herbs for best results ) can produce the bitter and sweet flavors of tarragon better than they could have on their own.

Some chefs and cooks have taken to simmering fresh parsley and cinnamon in water to make a tea of sorts from these herbs. You can then use the herb tea as a direct replacement for the tarragon you would have otherwise used in your béarnaise.

This combination doesn't hold up as well in dishes outside of béarnaise sauce, though.

Alternatively, parsley by itself is an adequate substitute for fresh tarragon. Not the best, but still a good swap!

Best Used: only when you're making béarnaise sauce and find that you don't have fresh tarragon on hand!

Pro Tip: When substituting herbs, use this general rule of thumb.

Print Recipe Leave A Comment
Love This Recipe?Click On A Star To Rate It!
5 from 10 reviews

All of my best Tarragon Substitute options for fresh and dried alternatives including when and how to use them! Love all the herb flavors of tarragon but don't like that licorice taste? I've got your best choices for suitable replacements that will maintain that amazing herb flavor!
Author | Angela
Servings: 1 serving
Calories: 15kcal
Prep 2 minutes
Cooking 0 minutes
Total Time 2 minutes
Pin Recipe Share on Facebook