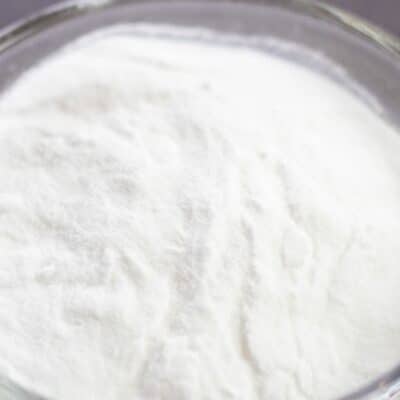 It's important to know what baking soda substitute to use if you run out so that your baked goods are still nice and fluffy! Baking soda is an integral part of many recipes, so finding a replacement that can best match its properties can make all the difference!

How to choose the right ingredients to replace baking soda when you're in a bind!

Baking soda is a component that has dozens of uses that go beyond the kitchen. It is used in household cleaning, for whitening teeth, and even as a natural deodorant! You may even have a box of it in your fridge as a natural deodorizer to keep everything smelling fresh!

Beyond all the amazing purposes of baking soda, it is a staple for cooking and baking. Somehow though, it often seems to be that one ingredient we always think we have some of and then find is missing the moment we want comforting cookies.

Not all is lost though! There are several substitutes that can replace this quick leavening agent and provide a similar reaction, to get you close to the original recipe.

What is Baking Soda?

Before jumping into a substitute, it helps to understand what baking soda is and what it does. This will help you better understand why finding a substitute is often a better choice than just leaving it out.

Baking soda is also known as sodium bicarbonate. Sodium bicarbonate is a mineral that produces a leavening reaction when it comes into contact with other ingredients (think about the school fair when kids mixed vinegar and baking soda to create a volcano).

How does Baking Soda Work?

The most common use of baking soda in the kitchen is as a leavening agent for baked goods. When baking soda reacts with acidic ingredients it helps dough rise and spread.

Without baking soda, we would all be eating a lot of flat cookies, muffins, and cakes! While baking soda gives our baked goods the desired height, when combined with baking powder (another baking essential) you get a nice fluffy cake or bread.

Can you Use Yeast Instead of Baking Soda?

If you have made bread with yeast before, then you know that yeast is also a leavening agent. Therefore, you may be wondering if you can use yeast instead of baking soda (or vice versa). The simple answer is no.

The way yeast is used is quite different than baking soda and you will not find it easy, or effective, to swap one for the other. Instead, use one of the substitutes listed below when you need to replace baking soda in baking.

The Best Substitutes for Baking Soda

Baking powder and baking soda are often used together, so it may seem odd that you could use this in place of baking soda. In recipes that only call for baking soda though, using baking powder as a substitute is a great option.

One big difference between these two ingredients is that baking powder already contains acid. This means that to create the same effect as baking soda, which would normally react with acid when mixed with other ingredients, you need to use a larger amount of baking powder.

Using large quantities of baking powder can leave a final recipe tasting salty; therefore, consider leaving out any additional salt that the recipe calls for. This is another reason this substitute works best when a recipe does not call for any additional baking soda.

If you have ever made a meringue or chocolate mousse, then you may have noticed how whipped egg whites create an airy texture. This airy element can be transferred to baked goods to help doughs rise in the same way that baking soda does.

While you can replace baking soda with egg whites in any recipe, this is a great option for a recipe that already calls for eggs because you don’t have to add anything extra!

If your recipe already calls for eggs, simply separate the egg yolks and whites. Mix the yolks into the batter as you normally would. Whip the egg whites until stiff peaks form and then gently fold the whites into the batter.

Folding the egg whites is essential to keep the airy quality that provides rise – avoid stirring as it will flatten the batter. For recipes that do not already have eggs, then you will need to add extra egg whites.

1 whipped egg white should be plenty for a standard recipe, but you could use two if you wanted to make sure you get some added fluffiness.

Separate the egg yolks and whites (save the yolks for a yummy custard!). Whip the egg whites. Before adding to the batter, transfer egg whites to a measuring cup to see how much volume is being added to the batter.

The addition of egg whites will add extra moisture to your batter. Therefore, balance it out by leaving out an equal amount of whatever liquid is being used in the batter (milk or water).

Depending on how frequently you bake, you may or may not have self-rising flour in your pantry. If you happen to have some on hand then you can use it as a substitute for baking soda.

If you don’t normally have self-rising flour on hand and plan to do more baking, consider picking up a bag next time you are at the store! Self-rising flour is different from all-purpose flour in that it has baking soda and salt mixed into the flour.

This means that you do not have to add any additional leaving agents. This option will only work for a recipe that already calls for flour.

Adding self-rising flour as a substitute to a recipe that does not have a flour base will ruin the consistency of your batter. However, if you are making a cake, cookies, or other quick bread then this is a good choice.

The one downside of using this as a substitute is that it takes a bit of mental math to figure out. It will vary depending on each recipe, so use the outline below to do the math for individual recipes.

1 cup of self-rising flour includes 1 ½ teaspoons of baking soda (and about ¼ teaspoon of salt).

Baker’s ammonia may not have the most appealing scent, it smells like ammonia, but if you can get past the initial smell during cooking (it will disappear during cooking) this is an easy substitute. Plus, it bakes up without leaving any off-flavor hint of alkaline in your baked goods!

Ammonium bicarbonate (ammonium carbonate powder) or baker’s ammonia was actually the precursor to baking soda. It was the popular leavening agent in households before baking soda was created, so you can bet that it works well!

If you have baker’s ammonia on hand, use it in a 1:1 substitution for baking soda in any recipe.

Potassium bicarbonate is a substitute that only a handful of people will already have on hand. This is a mineral that is used in antacids and for those who have low potassium.

It is basically baking soda without the salt though, so if you have some on hand it is a great substitute!

Potassium bicarbonate can be used in a 1:1 exchange for baking soda in any recipe. Since it does not include the sodium that baking soda does, you will want to add an additional ¼ to ½ teaspoon of salt to your recipe.

It may not give you as much rise as baking soda, but the bubbles in club soda will provide a bit of lift to baked goods. So, if you have a can of unflavored club soda go ahead and give it a try!

This substitution works best for recipes that have at least ½ cup of liquid in them. You will need to replace some of the liquid with the club soda.

A good place to begin is to replace a ¼ cup of liquid with a ¼ cup of club soda. When using this method, it is best to add the club soda as the last ingredient.

The bubbles will fizzle fast, so the quicker you can get your goodies in the oven the better!

While it is not ideal to leave the baking soda out without a substitution, it is not the end of the world! If you wake up one morning and really want pancakes but are out of baking soda and don’t have any alternative leavening agents, don’t skip the pancakes.

Just know that they will be a bit less fluffy than you are used to. If you don’t’ mind denser cookies, you can also get away without a leavening agent.

For all other recipes though, especially those that need quite a bit of rising – like a cake – use one of the substitutes above or make a quick trip to the store.

We hope this article helped you find a substitute that best matches baking soda in your recipe! Let us know what you're making by dropping us a comment down below! 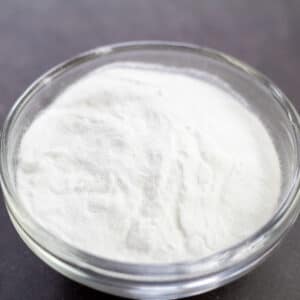 Print Recipe Leave A Comment
Love This Recipe?Click On A Star To Rate It!
5 from 3 reviews

It's important to know what baking soda substitute to use if you run out so that your baked goods are still nice and fluffy! Baking soda is an integral part of many recipes, so finding a replacement that can best match its properties can make all the difference!
Author | Angela
Servings: 1 serving
Calories: 12kcal
Prep 2 minutes
Cooking 0 minutes
Total Time 2 minutes
Pin Recipe Share on Facebook

*Nutritional information is for the baking powder only.