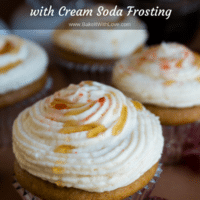 If you love the classic soda flavors of root beer and cream soda, you will absolutely love these Root Beer Cupcakes with Cream Soda Buttercream Frosting! 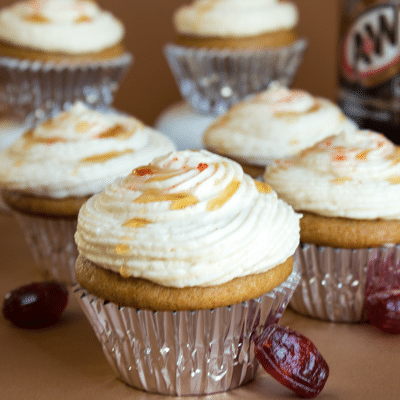 Two of the best flavors of classic sodas combine in these tasty Root Beer Cupcakes with Cream Soda Buttercream Frosting!

Whether you're making them for adults or your youngsters, these are a very popular cupcake! I don't know many people that don't love these classic soda flavors, and the root beer and cream soda flavors combine beautifully in these soft and moist cupcakes with their creamy frosting and syrup drizzle.

See the root beer barrels in the photos? One of my favorite classic candies just had to be included in this to make the flavor profile complete!

The crushed root beer barrels turn out a bit pink when sprinkled onto the cream soda frosting, but the tangy root beer flavor comes through so well that it really finishes these soda-loaded cupcakes perfectly!

Once these were done, I took the Root Beer Cupcakes, Orange Crush Soda Cupcakes, and Chocolate Pecan Slab Pie Bars along and made my daughter Lauren's classroom birthday party for a tasty trifecta of treats!

I Don't Have Root Beer, What Else Can I Use? 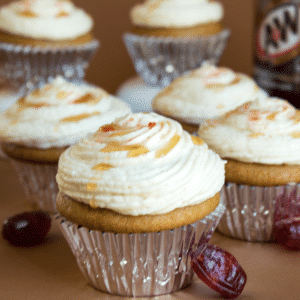 Print Recipe Leave A Comment
Love This Recipe?Click On A Star To Rate It!
4.75 from 4 reviews